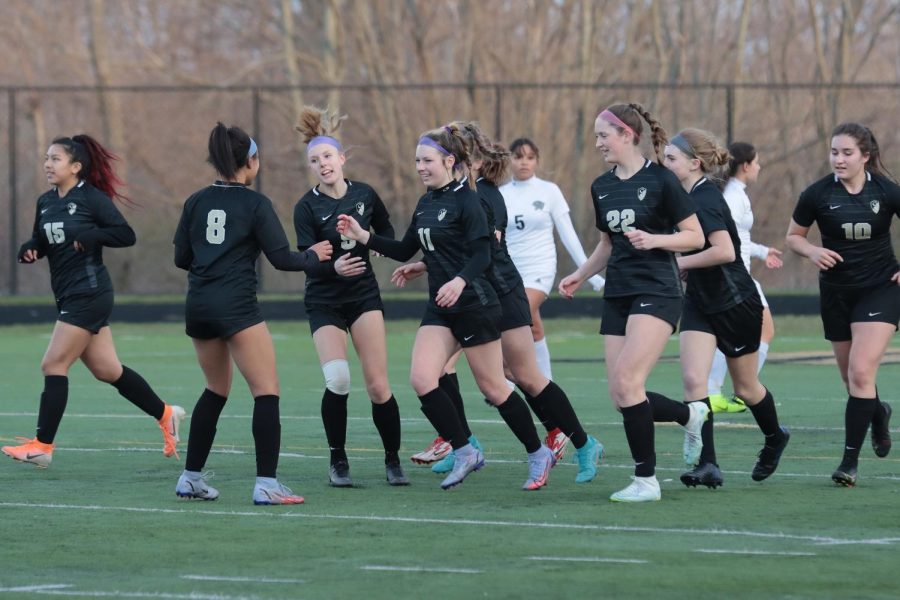 The girls varsity soccer team finished up their season with a strong ending, coming in second place. The players worked hard and made strong bonds with each other throughout the season.

“I think our team did really well this season. Everyone got along really well which made the season so much more fun and helped us have better chemistry on the field,” said junior Morgan Flynn.

“All of us bond and get along very well. That’s what I love most about us. We would always find a way to overcome and move forward from our ties or defeats with positive thoughts,” said junior Tara Mydral.

“I enjoy everyday working with this group of girls. They work hard, are great teammates to each other, and they are quality soccer players on top of it,” said varsity coach Adam DeCaluwe.

Although the season went really well, the players said they had some things the team could improve on, but a majority of the things the teammates said were positive and uplifting and really shows good sportsmanship and that they had a great season overall.

“I think the team could improve execution… in that we tied a lot of winnable games this season, but we had the ability to finish with a win, but the team did really good at being positive on the field, with each other, there was no negativity and we hyped each other up,” Flynn said.

Through the season, the team went undefeated overall, almost taking first but placing second in conference. The girls worked really hard and have lasting bonds.