Boys tennis serves well at Conference, dials in for Sectionals 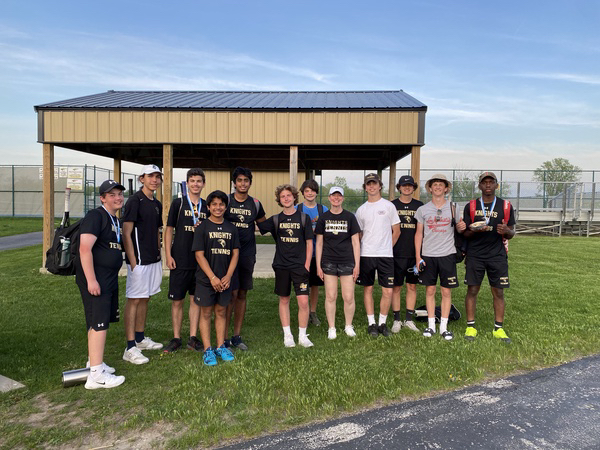 “Conference went very well for me with two easy wins for first place,” said senior Dylan Clausen. “My goal was to win Conference and to give up very little games.”

One singles player Christian Abban also won his individual tournament at one singles. Abban had also taken the first place title last year at both Conference and Sectionals.

“We were both upset with our result but know that we can bounce back and focus on Sectionals,” Marshall said.

The Sectionals tournament takes the top 2 singles players and top 2 doubles teams from each school and pits them against a plethora of other schools in a singles and doubles bracket. The top 4 teams in each bracket advance to State for singles or doubles based on which tournament the player enters.

“I am looking forward to Sectionals and to hopefully secure a spot for State,” Marshall said.