Boys volleyball wraps up their season 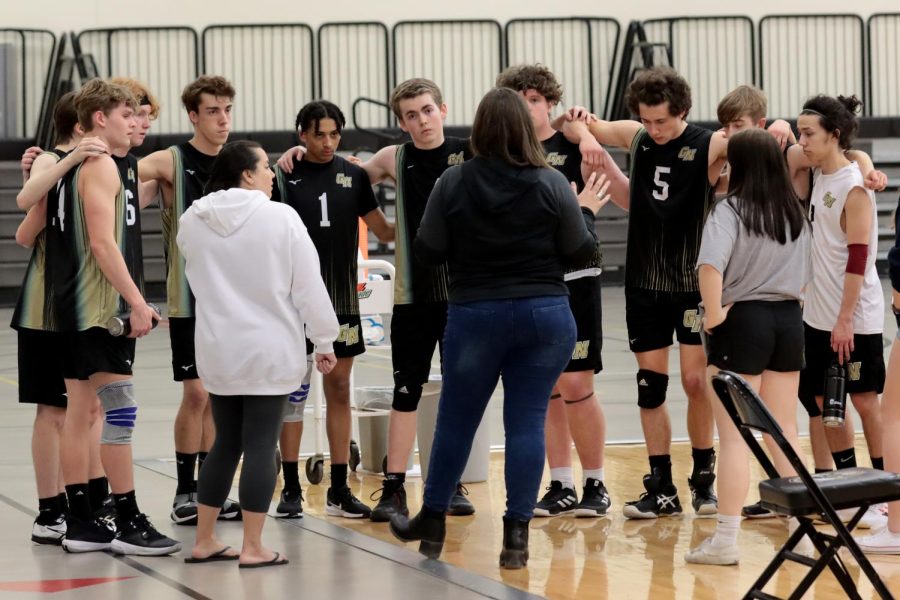 The boys volleyball season is coming close to end as the school year wraps up. The team has seen a lot of progression and standout moments for both the team as a whole and singular players. Their goals for this season were similar to other sports at North which was to win Conference and to have a winning record.

“Our goals for the season were to win Conference and have a winning record for the first time in school history, and right now we’re on the right track for that and we have the best record in school history,” said junior Ryan Rhodes.

Through the team’s success, there have been many standout moments from both junior and senior athletes on the team. One of them was senior Nathan Atwell’s record-breaking kills in a game.

While there were many big memories for the team like Atwell breaking the school record, there were also small standout moments both on and off the court. Team bonding for the team was also recognized as one of the best moments from this year.

“I have several favorite memories of this team. The way we played unbelievable defense against Antioch on May 5, how we came back to win against Grant on April 21 after being down by over 5 points to win the last set 28-26. Honoring our seniors on May 3 and our bowling outing as a team where we showed our competitiveness even in the bowling alley,” Kirchway said.

This team bonding helped the team come together, and in the end, made the end of the season be hard not only because it was the seniors’ last season, but also the juniors and underclassmen having to let go of their fellow teammates and friends.

“The seniors, I’ve been on the same team with them for two years now and I’ve known most of them the majority of the time, and they really make this team whole. And losing them will be absolutely massive for next year,” Rhodes said.