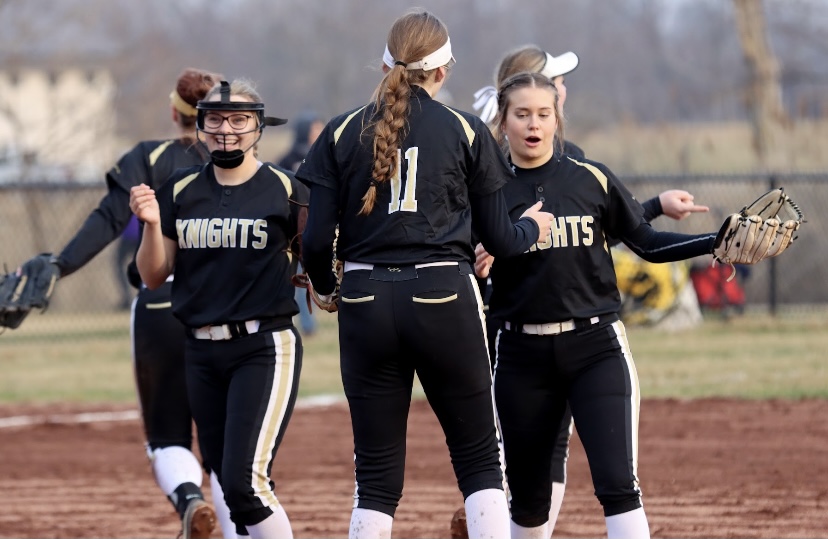 This year the girls softball team has done a great job with a 7-4 record as of April 29, 2022. The team has worked together through ups and downs and have truly come together.

“I feel my team and I have done really good this season so far! We are starting to come together better and become more of a team now!” said senior Gianna Certa in an email.

Seniors are saying goodbye to Grayslake North Softball and are trying to make the most of their very last season.

“I feel like I’m doing pretty well personally, and since this is my last season playing softball ever, I’m really trying to make the most out of every moment. My team and I really have become closer as friends, and on the field we are starting to work great together. I try my best every day to be a leader to those who need it,” said senior Bria Verber in an email.

The softball team has tried to stay connected and positive by doing team dinners and making sure they support each other in and out of the dugout.

“I think our strengths as a team consist of being supportive of each other and cheering each other on, building each other up and telling someone you got their back means a lot in the sport of softball,” said Verber 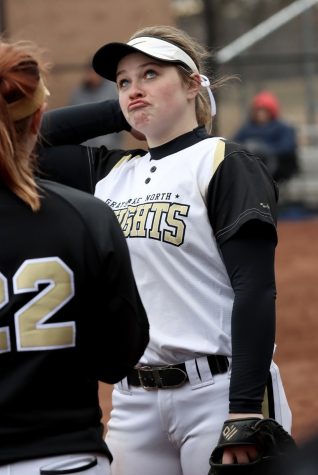 The girls work together and trust one another to do their job on the team. They even held a practice together to work on what they knew they needed to, even though the practice was not required because of a no coach issue. The girls still showed up for one another and worked hard during their practice. 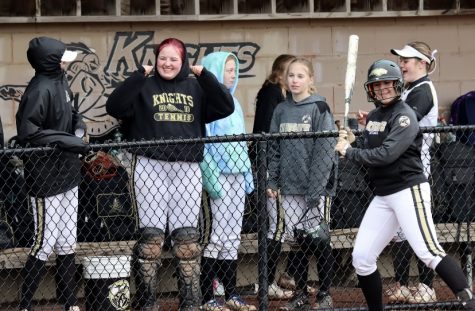 “I believe our team gets along really well and trusts each other to make the plays that need to be made. Since we are like a family, I believe that we have a good team chemistry that helps us perform well on the field,” said senior Nicole Hughes in an email.

“Being a senior this year I am a captain, leader, and role model so I just wanna leave my mark on this team and help this team the best way I can this year!” Certa said.

North’s senior night was May 16, 2022, where North took home the Dub with a 10-1 score against Crystal Lake Central.

“Coming in being a senior on the team I knew I had to step up in the leadership role, helping my teammates in all situations and trying to be the best role model possible. I am going to miss softball and all my friends when I leave and I hope that my teammates have learned something from me,” Verber said.

At North’s senior night, the team said goodbye to the senior players by writing notes and memories on stars and hanging them inside the dugout.