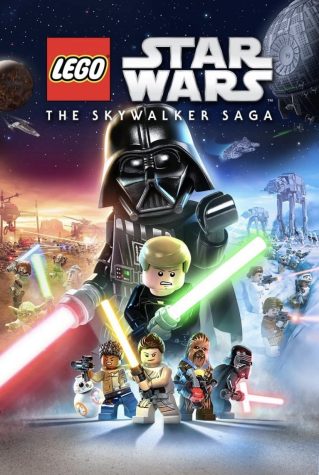 Overall, the game is a great game. It is very nostalgic and brings back many memories for older players but also brings new experiences and mechanics not presented in previous Lego games.

Lego Star Wars Skywalker Saga was initially announced in 2019. The game was going to be full of gameplay with the original sequel and prequel trilogies. The game starts with players being able to select whether they want to start with the original trilogy(Episode IV) or they can choose to start at the prequel trilogy (Episode 1). The game follows the Star Wars timeline, in which players can play as their favorite characters from all the movies, unlocking more as they progress through the game.

The game offers a great experience, it offers an open world style gameplay with main quests and side quests. There is always something to do, whether that be completing the story for the first time or trying to get 100 percent of the game. There is never a boring moment playing the game.

Overall, the game feels very different from the original Lego Star Wars games, from the graphics to the levels. One thing we noticed playing the game, is there are no longer hearts and players have a health bar that regenerates over time which players are able to toggle on and off in the settings. We also noticed the game felt a lot easier than Lego Star Wars complete saga. In the Complete Saga, it took hours to complete the pod racing level, but in Skywalker Saga, it took roughly 10 minutes. One good thing about this game is that there are items players can buy that increase the amount of studs (currency)  you get. You buy these multipliers with studs and data cards. can also buy ships and fly around on the vast number of planets that exist in the Star Wars universe. It’s also a great feature that players can take down and then purchase Capital ships such as the Death Star and the Executor. Players can also join space battles to collect new ships and obtain studs. It is also very nice that they brought back the khyber bricks and the mini kits. To get the khyber bricks and mini kits there are numerous in-game challenges that players have to complete; some are easy others are hard. We found it hard to tell ourselves “just 15 more minutes and I’ll stop playing.” Every time you get somewhere new, there is just so much to explore and collect.

Our score after over 50 hours of gameplay would have to be a 7.5 out of 10. We wish we could give it a better score, but the gameplay is just not as good as the Complete Saga. The mechanics and the vast universe to explore is the reason the game gets the 7.5 and not a lower score. At $60 for the base game, it is a little pricey for what you are getting gameplay wise. The game still offers a very immersive playing experience as well as a feeling of general nostalgia. With as much as there is to do in the game, we do recommend players try it out.