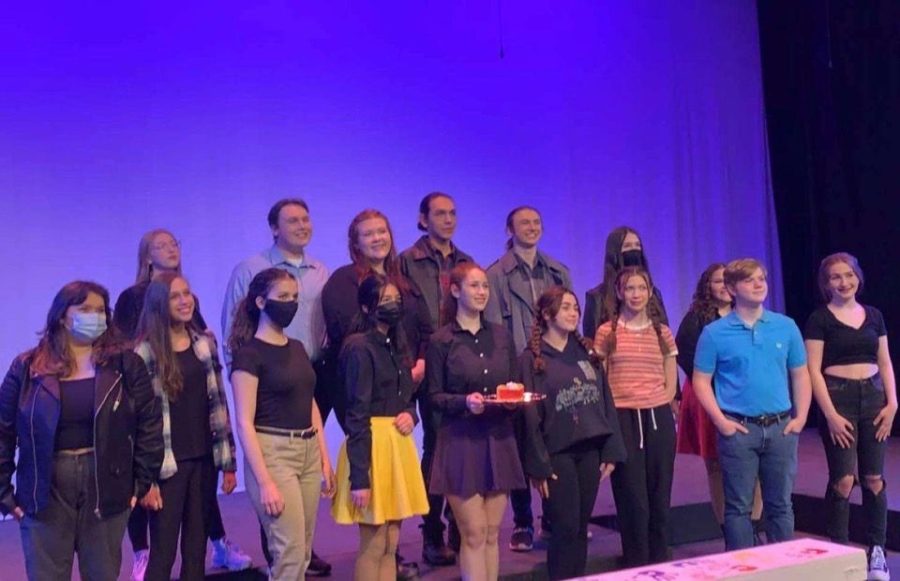 The first skit was called “Carry On,” a story about two brothers trying to solve the case of a murder and kidnapping. Seamus Green and Graham Gatewood played the two brothers.

“I thought the visuals were especially important and well executed, and everyone was full of energy when the scene called for it. Everything from the line delivery to the choreography was fantastic,” technician Matthew Corkill said.

The second act was titled “Perfect Ending” and was directed by Alfie Pinkowski. It followed the story of a family having a dinner party with the end of the world approaching.

“My favorite scene was when the mom yelled at me, backing me into the couch, or the scene where nurse Jane comes back with the ‘overdone’ makeup that scares grandpa,” said actor Drake Runyon.

The highlight of the Senior Showcase is being able to see the senior directors’ skills through the skits that they directed.

“I have nothing but positive comments about the directing and producing,” Corkill said.

Students who participated in the showcase were able to have a positive experience learning more about acting, directing, and other theater-related skills as well as meeting new students interested in the same things as themselves.

“I really enjoyed working with the cast and crew, and the community is awesome,” Runyon said.

Another advantage is the sense of community that being in a production can create.

“The biggest thing for me was meeting new people. There are so many people helping and acting in the production that it’s hard not to feel like it’s a community, and we’re helping each other during the time we had together,” Corkill said. 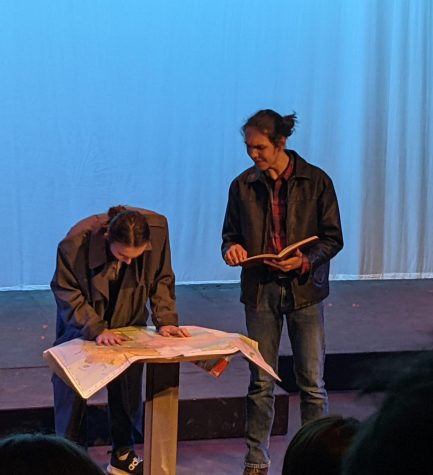 Overall, the showcase was a great experience for all the students involved.