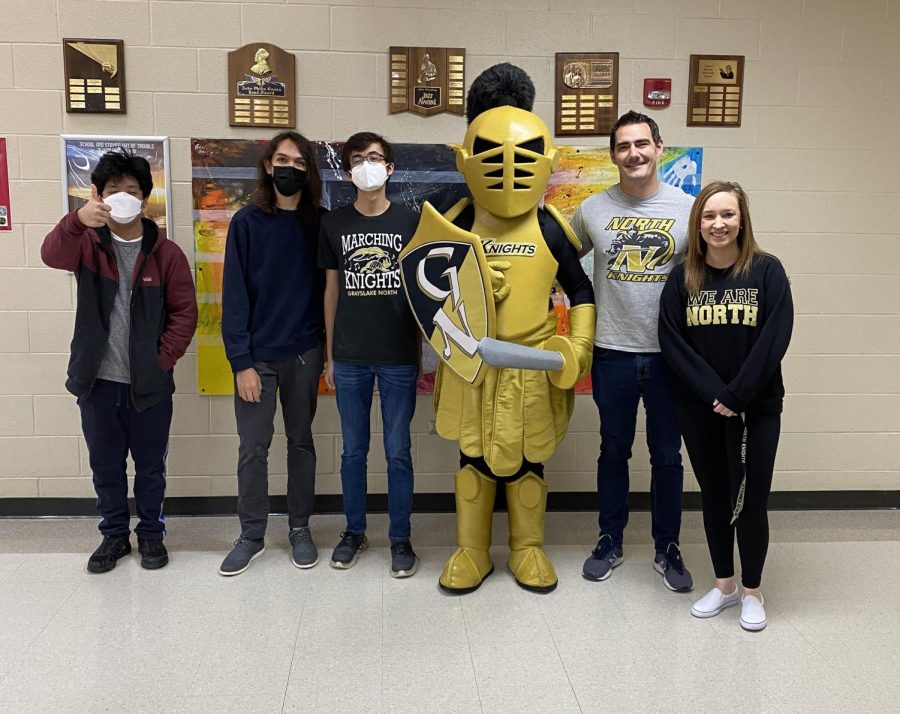 The Math Team can be a way to have fun and be challenged at the same time.

“My favorite part about the team is the competitions. I find math competitions universally to be rigorous and intense akin to the pressures faced by early mathematicians. Such applies to all types of competitions; they are a way to feel alive,” Kim said.

Every single student on the team works hard to make the Math Team better.

“I think we’re better at team competitions than we give ourselves credit for. Often we’ll joke about only one or two people doing the whole eight person test, while everyone else just sits there. However, I think our success really is a team effort. Even if it’s just a novel approach to a problem, crunching numbers, or boosting morale, everyone contributes during team events,” Gatewood said.

The Math Team couldn’t be a great team without the help of the coach, Alex DeGroh.

“I became the coach of the team because I wanted to be involved in our students’ lives, and this club works well with my love of math,” DeGroh said.

Even though the team is great, they could use more members to make the team even better.

“This is a note of importance. We need more members, especially underclassmen. The team consists predominantly of juniors and seniors, and even then we do not fulfill all positions. Oftentimes our integral faults amount to an insufficient number of people. Central has more students in the Math Team than we do, which is one thing that they are especially consistent in outcompeting us. To put it simply, we would like the eight person competitions to actually have eight people. Your mathematical experience is irrelevant in consideration. The numbers team needs more numbers,” Kim said.