North Lacrosse gallops ahead of conference, taking 1st in the NLCC 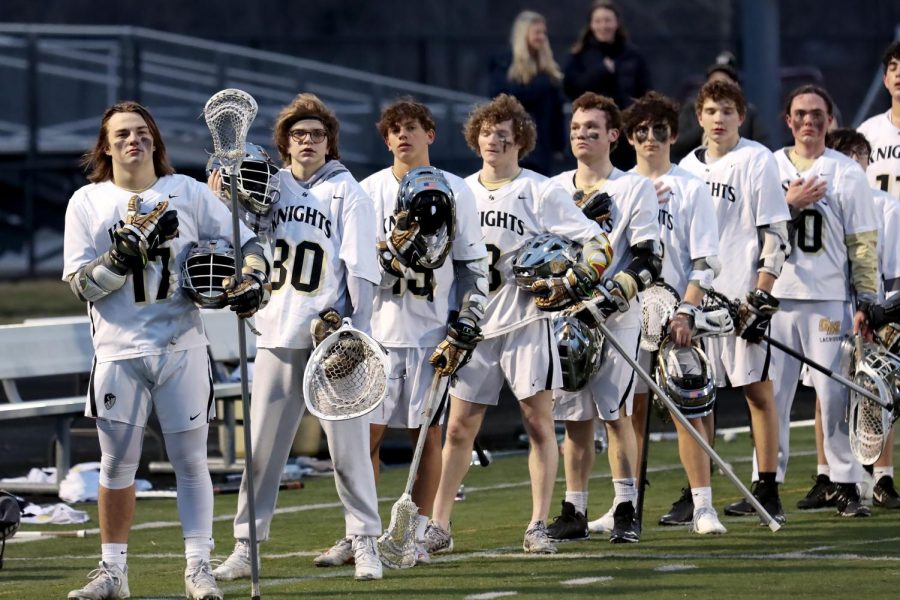 If Grayslake North was known for their sports, their pride and glory goes to the Lacrosse team. The Knights have been rolling by this year, and with 7 games left they’re carrying an 8-5 record while being 1st in the NLCC Conference.

The varsity team is stacked with upperclassmen, carrying most of the starting lineup with seniors. Their season has been up to expectation so far as they face more ranked teams in Illinois. The Knights are ranked 23rd in the state for lacrosse and some feel like they should be ranked higher. Most of the team played for a highly known club lacrosse team named “Team One.” So far, there have been five college- committed Lacrosse players for the team; Illinois Wesleyan getting Luke Schlabowske and Andres Morales-Gomez. Jason Smith going to North Central College. Brandon Welsek is heading over to Carroll University, and Travis Standerski is going to Saint Michael’s College. Standerski gives his insight on the new head coach and what he has learned here.

“I love Coach Walker. He brings something new. He brings more energy. It’s not that bad of a switch of culture change, since he played and attended North. He’s obviously younger and connects more to us. There would be Grayslake clinics where little kids would come and upperclassmen would help. Just getting involved and seeing whether people like or don’t like lacrosse,” Standerski said.

Carroll University commit Brandon Welsek has been on a roll this year with his exceptional play as an attack. His teammates describe him as an energetic, shifty, and fast player. Though Welsek hasn’t started young like some of his other teammates, his hardwork and determination showcase why others should stop sleeping on Grayslake North. Brandon gives his opinion on what North brings to the table.

“Win conference and sectionals. Personally, I would like to get all-conference and maybe all-state. Luke is our best player by far, Josh Patzka is crazy at defense, Travis, Logan Pierini, and Andres are up there too in terms of being our best players. I learned that in order to play the best teams in the state, we gotta work hard” said Senior Brandon Welsek.

Adding on, Christian Taylor is one of the only juniors that have started this year for the lacrosse team. He has also played Team One Lacrosse Club and is a player that many should watch for in the future. He shares his goals and aspirations for this year.

“I want to be the second all-time scorer in the state, to lead our team further than we did last year. Some big games are Saint Viator, New Trier and we face Warren next week. I also think the community is pretty close and the fans like to watch us this year” said Junior Christian Taylor.