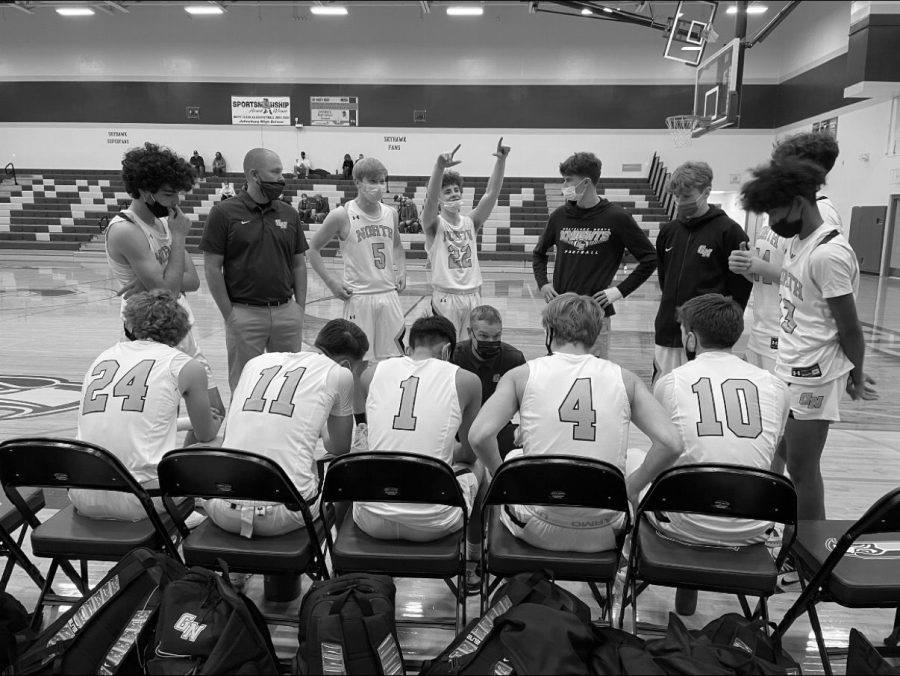 The boys basketball team wrapped up the season hoping to achieve a few more victories to improve their record before they take on Sectionals.

The team had a rough start to the season with some tough matchups and bad losses, but were able to pivot off of that into more wins and overall better team play.

“The Marengo Tournament, we lost our first game by two and they were all close games. From that point on as well, we began to win more than losing right before winter break,” said assistant basketball coach Scott Ewen.

Through adversity, the team battled hard and bounced back after losses. For instance, the basketball team had a big lead against Lakes, but ended up losing, and it was an eye opener for them.
“The Lakes game, even though we lost, we played hard, and it sucks that we blew a big lead. But overall I think we did really well in that game,” said senior Joseph Valera.

After this loss, they started to work more on their defense to improve overall and become a better team. They have gotten way stronger defensively and overall came far throughout the season.
“Our defense has really improved since the start of the season, and we have a lot of young people not knowing the defense, but they ended up learning it and getting to know how to play in our defense,” said junior Jacob Donohue.

The boys finished the season 13-18 and 6-8 in the conference, with big wins over Central, Antioch, and North Chicago. They headed off to Sectionals to play Carmel on Wednesday, February 23.