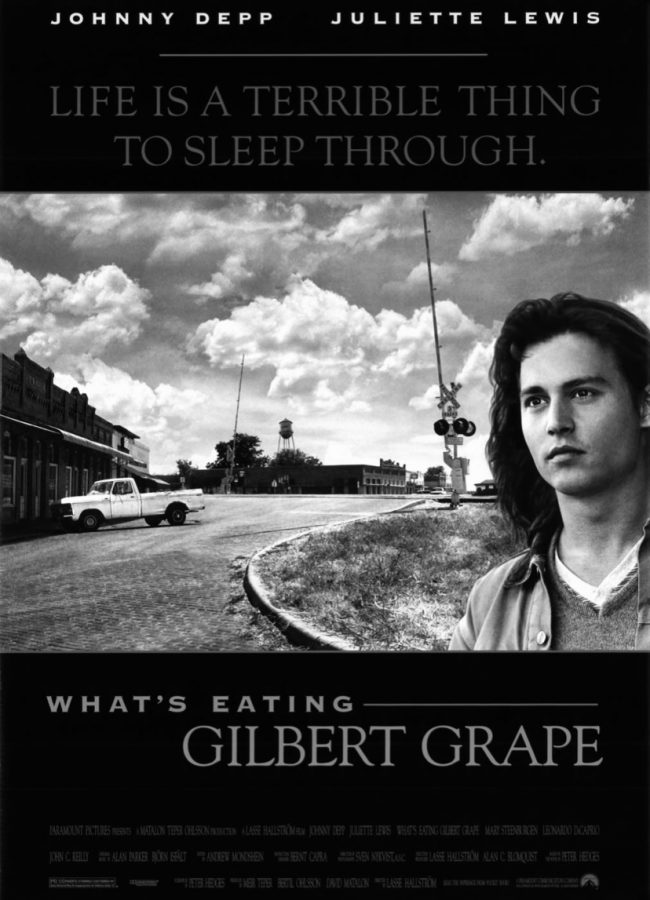 “What’s Eating Gilbert Grape” is a movie directed by Lasse Hallström but was first a novel written by Peter Hedges. The movie follows along the story being narrated by Gilbert Grape played by Johnny Depp.

Gilbert is a really nice and kind person who works at the local supermarket to help support his family. He has a brother named Arnie Grape, played by Leonardo DiCaprio. Arnie is a mentally disabled teen who’s about to turn 18, and he’s always getting in trouble by doing dangerous things when Gilbert isn’t looking.

Gilbert and his two other sisters, Amy, who stays at home to clean and take care of Momma, and Ellen, who works in a ice cream shop, work really hard and take good care of their obese Momma and Arnie. Throughout the movie, viewers get to know about how they live, what happened to their father, why Momma doesn’t go outside of the house, and much more.

“What’s Eating Gilbert Grape” is available to watch on Netflix. Finding out that the movie was based on a novel makes me want to read it because sometimes some scenes from the novel get left out from the movie, and I want to see if there’s anything more that the movie didn’t show. I recommend this movie to anyone who likes drama movies, Johnny Depp, or Leonardo DiCaprio. Their acting in this movie is outstanding and well done.