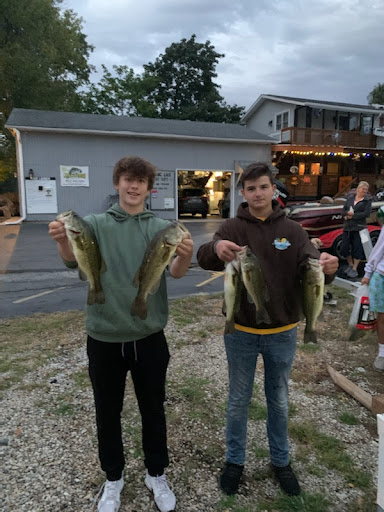 One out of two Grayslake North boats won the qualifying bass tournaments at Loon Lake.

The winning boat of the Grayslake North team consisted of Christian Coronado and Chris Sturano. They caught five out of five fish and weighed in at 8.46 pounds. The captain of the boat was Clint Coronado who is also captain of the Bass Fishing Team. This win gives Christian and Chris points to then qualify for a later tournament.

points to qualify for a later tournament.

“All we could have done better is really get bait under the docks consistently,” Chris said.